Following an evening of showers, Sunday morning brought a day of blue skies and autumnal sunshine as the Northern Ireland Horse Board Young Performance and Derby Day held at the Meadows Equestrian Centre by kind permission of the McCusker Family.

Under the watchful eye of performance judge, Chris Ryan, young horses being produced for Showjumping and eventing disciplines were put through their paces in a short flatwork demonstration, followed by a performance phase over coloured, rustic and portable cross-country fences.  Finishing off their time in front of the judges, the confirmation phase was judged by Sue Ryan.

In the 4-Year-Old class, a lovely display of horsemanship from Barry McCormack, showed Michelle McElhatton’s Cazaan mare ‘Cazadee’ to perfection to take the winner’s ribbon.  Owned and bred by Michelle the talented young mare is sired by Cazaan, and who’s dam is Ramiro’s Promise.   Second in this class was Stephen Smith with the chestnut gelding ‘Sumas Foxy’.

Following from his win in the RDS, Stephen Smith and ‘CJO Kann Surprise’ added yet another accolade to their bumper winnings for 2022! Sired by Kannan, the Bay Gelding impressed the judges to record the highest score of the day with 93 out of 100.  Second place in this competitive class went to Hannah Blakely with Lougherne Stud’s Lougherne Cassanova by their home bred stallion’ Lougherne Caravaggio’.

It was a very successful day for Lougherne Stud, along with their second place in the 5-Year-Old Class, Hannah went one better to take first and second in the 6- & 7-Year-Old class.  Claiming the win with the Colestus sired grey mare ‘Lougherne Kingfisher’, owned and bred by Lougherne Stud owner, Jane Allen- Collins.

Following the completion of the Performance Classes, it was time to let the handbrake off with the first running of the NIHB Derby.

Last to jump in the 80cms Derby was Vickie Dobbins with her very talented Villa Imp, who completed the course in 109.56 seconds, just one second ahead of long time leader Nikki Cullen who settled into second place on this occasion with her own Gem Stone Ruby.  The 90cms also saw swift competition with Sophie Price and Molly, making light work of the Aaron McCusker designed course, stopping the clock in 100.05 to take the win in the penultimate competition.

To finish off a successful day for the Northern Ireland Horse Board was the 1m Derby, where some daring moves were the different between first and second placings.  With an unassailable time recorded as 92.93, Charley Hanna took home the cash on the day, with her win in the competition, and in second place as Nikki Cullen with her own Danske Coevers Lass.

Thank you to everyone who attended the NIHB Young Horse Performance Championships and Derby. Special thanks to our judges Chris and Sue Ryan and of course to the Meadows Equestrian Centre for the use of their arena. 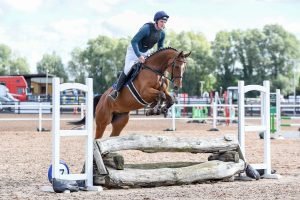 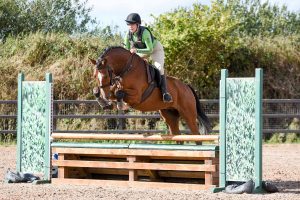 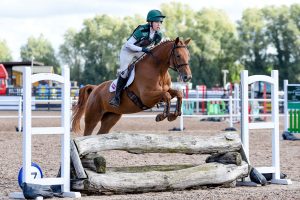 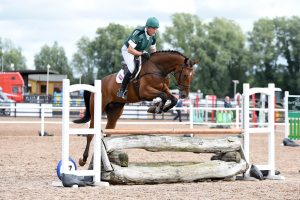 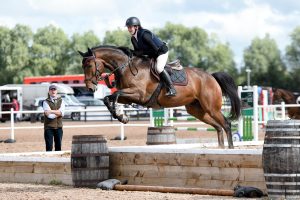 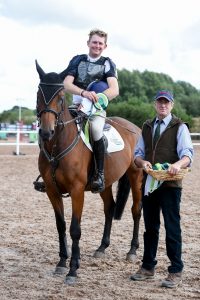 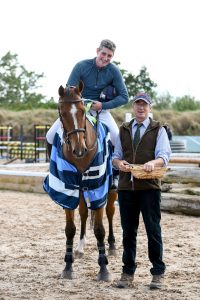 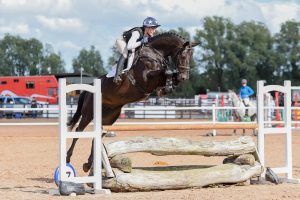 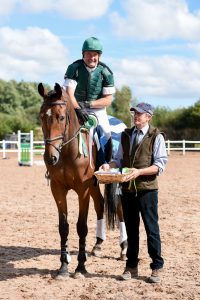 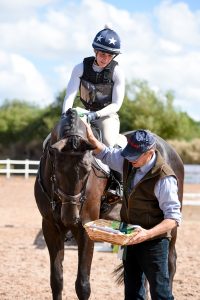 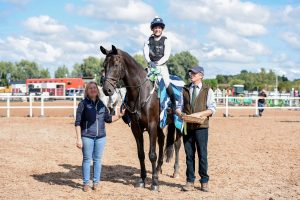 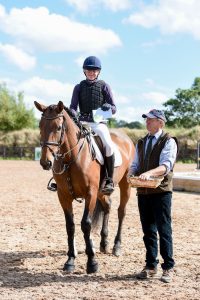 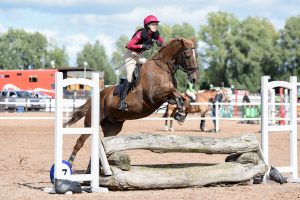 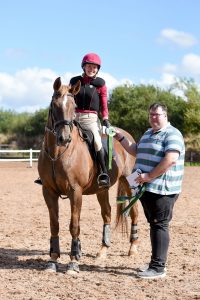 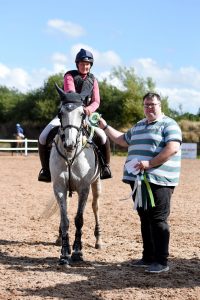 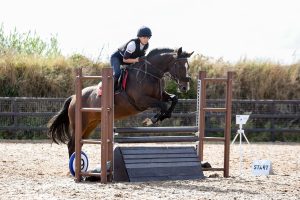 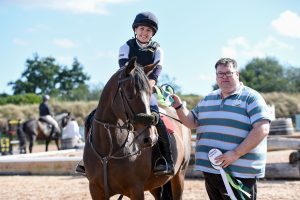 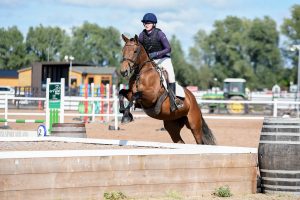 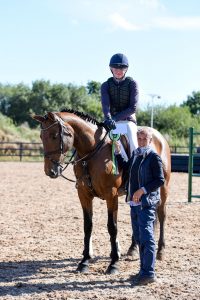 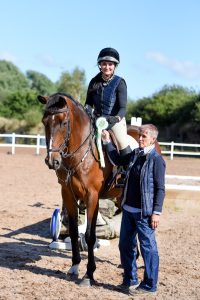